Dr. Dzung was also appointed by UN Secretary General as an UNDP program officer in charge of UN development programs for Vietnam on legal and judicial reforms from 2002-2007.

At YKVN, Dzung has represented state-owned, local and foreign corporations in multi-million-dollar foreign trade and contractual disputes before the Vietnamese courts, as well as under VIAC, SIAC, LCIA, ICC and US GAFTA arbitration procedures. Dzung is also well-recognized for his defence of a former minister in a complex white-collar banking case.

Due to his wealth of experiences in litigation and arbitration, Dzung is a much sought-after VIAC arbitrator. He was also recently appointed by the ICC International Court of Arbitration as an arbitrator for adjudication of a dispute between a foreign contractor and a government authority of Vietnam. Dzung is also among the very first Vietnamese mediators recently accredited by the Center for Effective Dispute Resolution. Dzung is also teaching law at Van Lang Law School University.

Dzung currently also serves as a Vice President of the Vietnam Bar Federation.

Dzung has been recognized by Chambers Asia as a first-tier lawyer in dispute resolution in Vietnam for many years, most recently in the current 2020 edition. In 2019, Benchmark Litigation Asia – Pacific honored Dzung as the lawyer of the year and the Grab case led by Dzung was awarded the Regional Matter of the Year.

Especially, in 2020, Dzung is the only Vietnam based lawyer ranked as Asia’s Top 15 Litigators by Asian Legal Business (ALB). Also in the same year, Asia Business Law Journal (law.asia) lists Dzung in the A-List of the top 100 lawyers practising in Vietnam.

Litigation and Arbitration Cases and Deals

2006
Recognition Medal for the Development of Vietnam Lawyers Association

“A top lawyer in the litigation space”
“A leading name in the market, frequently advising prominent international clients on a wide range of contractual, insurance and anti-corruption disputes. He is also an appointed arbitrator at VIAC and the ICC … has a very good understanding of matters and clients’ needs.”
“He really focuses on the cases and gives us information required to make the right choice.”
“A top-notch litigator”
“Partner Luu Tien Dzung has been pivotal to the Vietnam legal community for many years.”
(Chambers) 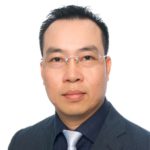