Mr. Truong Trong Nghia is one of the co-chairs of disputes resolution practice at YKVN LLC and is well-recognized as one of Vietnam’s most experienced lawyers with over 30 years of legal practice and arbitration experience. Mr. Nghia started his legal profession in 1982 at the State Economic Arbitration of Vietnam and presided over 400 economic cases. He also practiced law as one of government-appointed people’s counsels before the legal practice was permitted as a profession in Vietnam. As a Fulbright scholar, Mr. Nghia made his Master of Laws at NYU School of Law in 1994 – 1995. He returned to Vietnam and worked for 12 years as Deputy Director and later Director of ITPC, a government agency under Ho Chi Minh City People’s Committee specializing in promoting foreign trade and supporting foreign investors in Vietnam. During this time, he joined Ho Chi Minh City Bar and practiced as an Of Counsel to YKVN. In 2008, Mr. Nghia resigned and became a full-time partner co-heading YKVN’s disputes resolution practice. Mr. Nghia is a senior arbitrator of Vietnam International Arbitration Center (VIAC), has arbitrated more than 20 cases as member or president of the arbitral tribunal.

Mr. Nghia is ranked Band 1 in Dispute Resolution by Chambers & Partners consecutively from 2011 to 2020. According to its remarks, Mr. Nghia has been “pivotal to the Vietnam legal community for many years”, has outstanding experience in “working with senior legal bodies and the government”, and is one of “very well-known and experienced litigators who are sought out for their counsel on some of the most complicated cases.” Asialaw Profiles 2012 noted Mr. Nghia as one of the “most successful and respected litigators in Vietnam” in 2012 and awarded him the title “Dispute Star of the Year” in 2016. Legal 500 has ranked Mr. Nghia as one of Leading Individuals in Disputes Resolution in Vietnam over the years, and one of four Leading Individuals in Disputes Resolution in Vietnam in 2019.

Mr. Nghia has been participating in the leadership of Vietnam’s legal professions. He was serving as the Vice President of the Vietnam Bar Federation (VBF) since its inaugural term 2009 – 2014, re-elected as Member of Standing Committee of VBF in its second term 2014 – 2019, and re-elected as Vice President of the Ho Chi Minh City Bar Association for a second term (2014 – 2019). He has been elected as Vice Presidents of Vietnam Society of International Law (VSIL) founded in July 2016.

A former member of the Prime Minister Phan Van Khai’s Research Committee and former Director of the Foreign Trade & Investment Promotion Center (ITPC) of Ho Chi Minh City, he resigned in 2008 to dedicate his full time to the lawyer practice.

Vietnam Bar Federation: Vice-President since 2009, Member of Standing Committee since 2015

“He is a highly respected disputes lawyer. He is particularly active on litigation related to real estate and land issues.”
“Very proactive, with a commercial mindset and excellent insights with respect to local regulators”
“One of the most well-known and experienced lawyers in Vietnam”
“Professional and effective approach in solving complicated case”
“Enormously wise about the realities of the court systems, whilst putting a huge amount of thought into strategy”
“Very well known and experienced litigator who is sought for his counsel on some of the most complicated cases”
(Chambers) 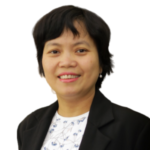 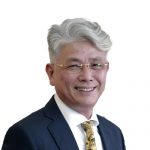