Thang Pham is a YKVN partner based in Singapore. Dual-qualified in Vietnam and California, he has more than fourteen years of experience in corporate M&A and international arbitration.

Thang has advised on a wide variety of M&A transactions ranging from acquisitions of companies or assets in highly regulated sectors such as banking, securities or oil & gas, to billion-dollar real estate joint ventures.  Most recently, he advised UOBAM in an acquisition of a fund management company in Vietnam.

Thang is also an experienced capital markets lawyer, having advised institutional investors and Vietnamese issuers in some of the most significant Vietnamese equity offerings in recent years, including Novaland, Vietjet, VP Bank, Vincom Retails, Vinhomes and Techcombank.

Prior to joining YKVN Singapore office, Thang was based for 5 years in the Hanoi office of the Firm. Thang also spent a year at Sidley Austin in its Chicago headquarters (M&A practice) and Houston office (Oil & Gas practice). He is recognized by asialaw as a “Rising Star” in Corporate and M&A. Recently, Thang has been appointed as a Committee Member of YSIAC (Young Singapore International Arbitration Centre). YSIAC Committee is a body gathering arbitration practitioners aged 40 years and under to guide the activities of YSIAC, a platform to encourage and promote events and initiatives for nurturing and giving opportunities to young arbitration practitioners all over the world. 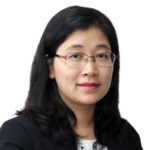 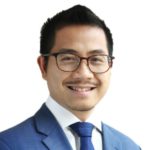